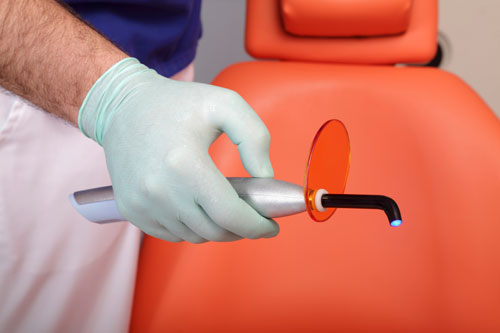 Modern dentistry utilizes laser technology for a whole host of reasons. Dentistry had used lasers since 1994, when they were approved by the FDA.Early lasers were clunky and not used for many procedures. Today, we use lasers for many different procedures. There are specialized lasers for many common procedures, such as cavity repair and gum restoration.When most people think of lasers, they usually think about their destructive power. However, they also have restorative properties. It’s common to use laser when working on the gums because they are much gentler than traditional tools. Procedures done with lasers typically heal quicker and have less chance of infection, making them optimal for use in dentistry.

The Benefits Of Lasers To You Gums

Besides a quicker recovery time and being less invasive, lasers can help make your gums healthier. One common way lasers are used is to reshape the gums. People who have gummy smiles can benefit from lasers. A gummy smile makes it difficult to clean your teeth properly, and a laser can help expose more of your teeth. This gives bacteria less of a chance to cause irritation in your gums.It’s also common to use lasers to fight bacteria near and around the gum line. One of the most difficult places to get rid of bacteria is the gum line. This is because bacteria in our mouths like to sit between the gum and the tooth. Sometimes flossing can get rid of these bacteria but not always.Using a laser, we can get to those hard to reach areas that traditional tools can’t reach. This means you’ll have a healthier smile and not need to worry about bacteria attacking your gums. Please call our office if you’re interested in laser gum treatment for gum reshaping or cleaning. We can help you achieve healthier gums with our lasers.